The Story of “Which Is Which” 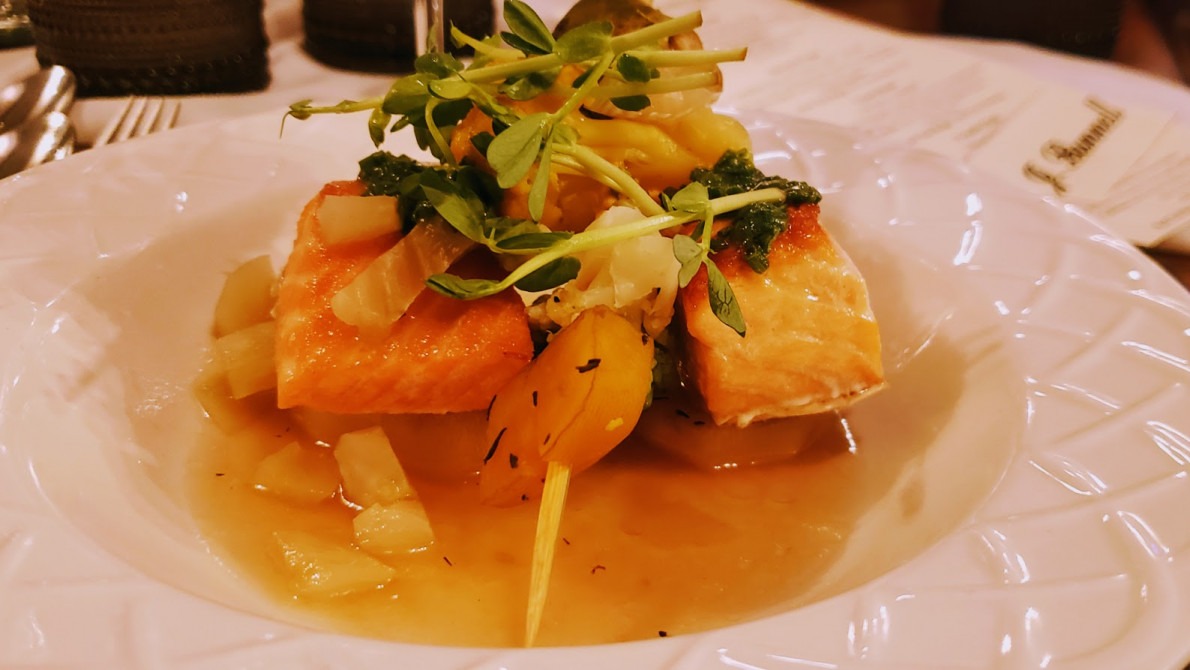 The Story of “Which Is Which”

Let me give you a scenario: an expert, either self proclaimed or maybe even somehow bestowed, sits with a group at a restaurant and makes a claim that is unwittingly contradicted by a server just moments later.  Let me humble-brag on our servers: they are very knowledgeable.  They work with top chefs, winemakers, sommeliers, and attend numerous events and are always learning more, so more often than not my money is on them (although from time to time some silly statements come back our way and we discuss).

Such a scenario has played out from time to time in our dining room.  And I suspect this was the case with one customer who gave us a one star review on Google.  They stated that the fish was definitely not trout and was absolutely salmon.  I get it.  Our New York supplier Hudson Valley gets it.  They have an explanation of Steelhead Trout vs Salmon right there on their homepage!  So I know several people have had similar comments.  Steelhead trout and salmon look very, very similar.  We tried to gently explain.  I even sent a link to our supplier on the comment.  But once an expert gives his opinion, rarely do they have the humility to walk it back.  And such was the case here.

Chef Brud has heard these comments all year and decided to have a bit of fun with it at one of our Chef & Winemaker’s Dinners with Red Tail Ridge.  And so “Which Is Which?” was born.  Chef Brud served Steelhead Trout next to Salmon and the servers carefully placed the dish so that the trout was on everyones left to give everyone the chance to see if they could tell trout from salmon.  I have seen the trout all year and my confidence was high.  But to be honest, sitting there before me, I was not 100%.  Salmon has a color so unique that there is a shade of color called “salmon”.  I guess somewhere between orange and pink.  I think the trout tends to be slightly more red than pink, but it is oh so subtle.  Differentiating is not an easy task.  Brud came out and asked, “so which is which? The trout is on the same side for everyone.”  I don’t have an exact count, but it seemed about two thirds got it right.  And there is no shame.  I gave myself about 50/50.

As we start to plan for next year, we have already started making plans for 5 Chef & Winemaker’s Dinners next year.  We hope to announce details for these soon.  I know I have learned a bit at each one.  Enough to know better than to make an expert statement at one.